Now that the PCB is complete, I’d like to modify the alarm clock to incorporate the board and assemble an alarm clock-style nixie tube clock.

In this article, you can learn how to make this 👇👇👇 product here. 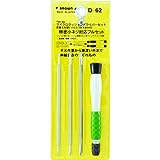 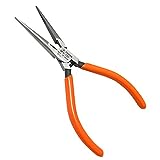 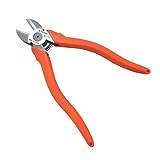 ●Instant adhesive
(The 100-yen stuff is weak or turns white or hardens quickly and becomes unusable, but this instant adhesive is strong and doesn’t harden inside, so it will last a long time.) 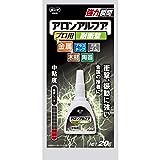 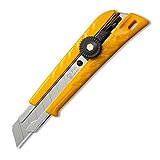 Pull out the pin at the base of the hammer part that strikes the bell. Also, remove the screws holding the motor in place.

Remove the hammer part that strikes the bell. Also, remove the motor.

Remove the stick that the bell was attached to and the foot by loosening it with radio pliers.

Pull out and remove the clock unit inside. We also pull out the clear plastic round parts.

Modifying parts of the bell-striking hammer

Reuse the parts that strike the bell.

Remove the screws and disassemble.

Cut with strong nippers so that the legs of the hammer are as long as possible.

Bend it with needle-nose pliers at a length of 12 mm from the hammer part.

Secure it with instant glue.

Put a ripple board

Cut the flipboard in 29.3 cm lengths and use the longer one. The shorter one will be used after this one, so keep it.

Stick the ripple board inside the alarm clock.
The purpose of this is to blacken the inside of the clock for a better look and to preserve the PCB.

Attach the double-sided tape to both ends of the flat side of the flipboard.

Put the flipboard inside the watch so that the top right or top left of the watch is a seam.

Attach the glass to the bottom so that it is held down by the flipboard.

Attach the legs and bell

Attach the legs. Penetrate through the hole with an awl …

Attach the legs and bell and replace. The screws are easy to loosen, so use needle-nose pliers to tighten the screws firmly.

The modification of the alarm clock has been completed.

Modify the back cover

Cut out the protrusions on the back cover with pliers.

Close the large hole that originally had a knob such as time adjustment.

Stick the piece of the ripple board we used earlier on the back.

The big hole is closed and it looks better.

Secure the PCB and the clock with a glue gun.

Put the USB cable through the square hole on the left side of the back cover.

Connect the USB cable to the USB connector on the microcontroller board.

The Nixie tube clock in the style of an alarm clock was completed.

Since it has a built-in GPS receiver, the time will be displayed within 15 to 30 minutes of being powered from USB.

I displayed it on my desk. Nixie tubes are great.

Then,Go to the WiFi Settings section.

making nixie tube clocks like an alarm clock table of contents
1. Soldering of Nixie-Tube Board
2. Soldering and Assembly of Main Board
3. Modification of an alarm clock（This page）
4. WiFi Settings

The alarm clock-style nixie tube clock in this article is available for sale here 👇👇👇.

Mounted the components on the PCB of Nixie DCDC, a step-up DCDC converter for Nixie tubes.

How to make electronic paper whereabouts board