I introduce the modification method to make the click sound of Apple Magic Mouse2 of the second generation (rechargeable type) silent.
I found it much more difficult to remove the switch from the board than the first generation.
If you modify it, it will make a clicking sound like this.

Incidentally, here's how the first generation was modified.

Modification method to silent click Apple Magic Mouse
日本語版はこちら Here is how to modify the click sound of App...

🟡Magic Mouse2
The one I'm modifying this time is the second generation of the rechargeable one.

You can buy it on Amazon. 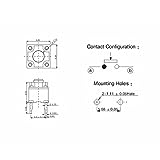 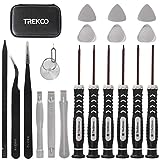 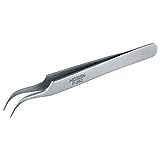 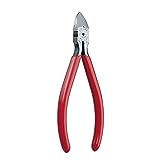 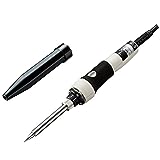 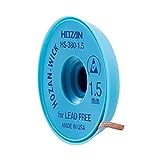 Insert a flat-bladed screwdriver made of disposable chopsticks between the acrylic top and the aluminum bottom, and pry it open slowly.
Even if the claws come off, the top and bottom should not be opened wide.
On the Apple Mark side, the top and bottom are connected to each other by a very thin film cable.
Please be very careful afterwards not to damage this thin film cable.

When the four claws come off, it looks like this.

While fixing the apple mark side so that it doesn't move, open it gently, as if you were opening a clam.
One switch is visible.
Eventually, this switch will be replaced with a silent switch.

Remove the four screws.
Be careful when assembling, as the screws are of different lengths.

Extracting the switch board

Lift the board up slightly.
Then the board with the switch will come off.
Pluck it with tweezers and remove it.
The switch on this small board is replaced with a silent switch.

Replacement of the switch

Remove the three solders above using a de-soldering braid.
Be careful not to let the soldering iron tip touch a nearby gold-colored area.
If it is difficult to remove, solder with lead will make it easier to melt and absorb.
The melting temperature of leaded solder is lower than that of lead-free solder.
However, this board of MagicMouse2 was very easy to dissipate heat and could not absorb any solder.
I couldn't help it, so I broke the switch with a nipper and made it into just a pin and then removed it one pin at a time.

The switch has come off.

Before soldering the switch, cut the leads short.
Cut the leads with nippers to a length that does not protrude from the board.

Once soldered, the switchboard modification is complete.
After that, go back in the reverse order.

Return the switch board

Return the switch board to its original location.

Tighten the screws at three places and fix the metal fittings with the screws.

Press the top and bottom to join them together.
The modification is now complete.

Turn on the battery and switch it on.
Go to "System Preferences" →"Bluetooth" on your Mac.

How is it?
Did you find a mouse?
Connect, click and see if the gestures work properly.
I think the click sound has changed from a clear sound to a quiet sound.

Completion of the silent Magic Mouse

Thank you for your hard work.
It looks the same, but it's a quiet Magic Mouse modification.

How to modify a Normal Mouse into a Silent Mouse