I’ll show you how to modify a late-model Nintendo Famicom to a video output.  For the kit version, it is necessary to assemble the video substrate (FCAV) before doing this modification.  If you haven’t done so yet, please refer to this page to assemble it.

This is the tool you need for your modifications. 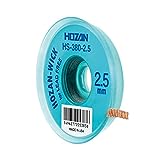 Nippers, I found this easy to use.  If there is a gap at the tip when the nipper blade is closed, it may not be possible to cut completely due to the blade spill, which may make work difficult.  If you could not cut well, I would recommend getting a new one.

Open the back cover

Turn the Famicom Main body over and remove the six screws to remove the back cover.

Remove the six screws around the substrate as well.

Remove the connector that connects to the controller.

Remove the screw on the power switch, and remove the switch as well.

Use the desoldering wire to remove the solder at 8 points as shown in the picture below.

It’s quite difficult, so take the time to desolder.  If you move the RF substrate slightly while desoldering, the solder between the substrate and the pins may come off easily.  If you move it too far, the pattern will peel off, so try to move it carefully and slightly.

The RF substrate has been removed.

The video of the Nintendo Famicom contains noise generated by memory access. In the case of the old RF connection (connected to the antenna wire), this noise was not very noticeable due to the degradation of the image caused by RF. However, when the video circuitry is converted to the new video circuitry, the noise, which was not noticeable until now, becomes more noticeable.

Therefore, I take measures to prevent the noise of the memory access from being mixed in as much as possible. There are two countermeasures to this.

First of all, add the capacitor of noise reduction 1.

Install the first capacitor at this place in the photo.

It’s hard to tell where it is, so please look closely and install it in the same place.

Cut off the excess lead with a nipper. We will be using cut leads, so keep them instead of throwing them away.

This should also be installed in the same place as in the photo. As before, keep the cut lead for later use, not discard it.

It is the second measure against noise.  The video and audio signals pass through the main substrate of the Famicom.  Noise from memory access is generated on a separate wire that passes near the wire that sends that signal, and it gets mixed in with the video/audio signal.  It causes vertical or diagonal stripe noise in the video image and a “boo” sound in the audio signal.

In order to get a clear image and clear audio signal, the signal is modified to take out the signal directly from each output pin of the IC in order to prevent these noises from getting mixed in as much as possible.

Also, if you bend the separated lead upward from the horizontal, it will be removed due to metal fatigue, so Please be careful not to bend too much .

Separate the pin at the corner of the IC called RP2C02 from the substrate. Please pay attention to the orientation of the substrate.

With the flat side of the nipper blade facing downwards, stick the cutting edge between the pins of the IC and cut.  If there is a blade spill on the nipper, it will not be able to cut well, but if you twist it or move it forcibly, it will damage the board and IC pins. Cut carefully without moving as much as possible.

Once disconnected, lift the pin horizontally. Do not lift it upwards above this angle.

Separate the two pins in the lower left corner of the RP2A03 IC from the substrate.  Please pay attention to the orientation of the substrate.

Carefully cut the leads on the substrate, one pin at a time.

Once both of the two pins are separated from the substrate, lift them horizontally.  Don’t lift the pin to an angle above the horizontal.

Two shielded wires, one thin and one thick, are included.  Use the narrower type (single-core type) for the video signal.

Peel off 10 mm of the black coating on the tip of the shield wire.  Peel off 5 mm of the white coating inside it. Twist each wire, then soak it with solder and plate it.

The other one will also be processed.  In this case, we don’t need the wire for the shield part, so we cut it from the root.  Cut the white wire to about 3 mm after solder plating.

On the other one, peel off 10 mm of the black coating, and 5 mm of the white and black wire inside. Twist each wire and apply solder plating. The outer shield wire is unnecessary, so cut it from the root.

Cut the white and black lines to about 3mm.

This completes the cable processing.

Wiring to the video board

Connect the video substrate and the IC pin of the Famicom main unit with the shield wire processed earlier.

Solder the other white wire to the only one pin of the IC that is separated from the pin on the Famicom Main body substrate.

Secure the cable to the IC with cellophane tape to prevent it from moving.  This is to prevent the pins from bending or coming off due to the force applied to the cable when placing the board back into the case.  In the photo, I used polyimide tape so that you can see how to apply the cellophane tape.

For the audio signal, use the thicker cable. Insert the white wire into A#1, the seed wire into GND, and the black wire into A#2, and solder it.

Solder the other wire to the two IC pins that are separated from the Famicom main substrate.  Solder the white line to the pin at the end and the black line to the second pin.

Fix the cable on the IC with the cellophane tape as shown in the picture below so that the cable will not move.

Install the substrate in the case

Secure the switch with a screw.

Put the substrate inside

Put the Famicom main substrate back into the case first.

The next step is to fit the video substrate.

Tighten the six screws to secure each substrate.

Connect the Famicom main substrate and the video substrate with jumper wires (the lead of the capacitor for the kit version and the solder-plated wire provided for the completed version).

Connect the four leads to the Famicom main substrate as shown in the picture.

Be sure to check that you’re connecting them the same way as in the picture, so that you don’t accidentally connect the lead to the wrong pin.

Place the cable as shown in the picture.

The shield wires coming out of the video substrate should be placed so that they pass over the main substrate, bypassing the screw holes in the top left and top right of the case. If you don’t bypass the screw holes, they will get caught in the cable when you remove the cassette.

Screw the back cover

Put the back cover on and tighten the screws.

The remodel is complete

Just connect the video cable and make sure it’s on the TV, and you’re done. The picture above shows the video being displayed on a computer using a capture cable.

I make a UV-EPROM writer.

I want to make my own ROM cassette for the Famicom, so I disassembled the cassette.